Hidalgo County officials and department leaders held a press conference to address the criticality of unlawful dumping, trash burning, and its effect after two families in Precinct 3 have lost their homes due to illegal trash burning during the last two weeks.

Mission resident Cosme Gomez, who recently lost his home due to a neighbor burning trash illegally, was devastated.

“As you can see, this family lost everything,” said Precinct 3 Commissioner Everardo “Ever” Villareal, motioning to the rubble of Gomez’s home behind him. “And in this case, it was because somebody else was burning illegally, and the fire got out of control.” 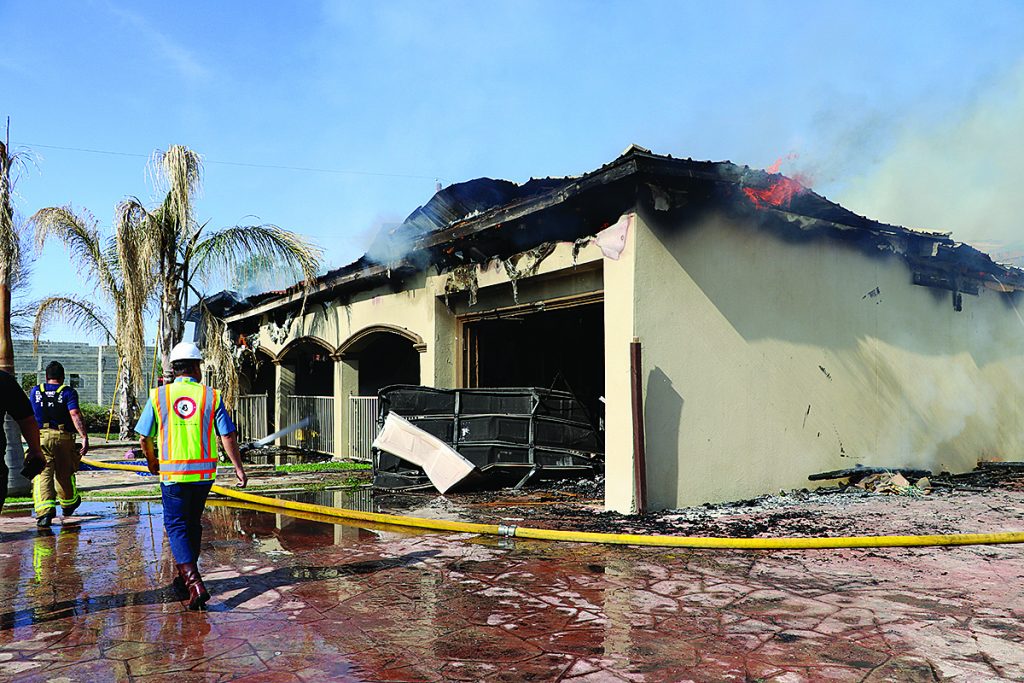 Although no one lost their lives, Gomez’s family was left without a home and lost most of their belongings. Through the help of the county and several departments, the family is receiving assistance, such as food, new clothing, and hotel accommodations. But there is only so much that is doable to help this family.

“We have a responsibility to take care of our neighbors,” said Villareal. “You can get a permit at the county in Precinct 3, and you can come to our collection site to deliver your trash.”

“We’re asking Austin for help,” said Judge Cortez, requesting that the capital help supply the Rio Grande Valley with a vehicle to be able to service people in rural areas.

Right now, the county has to look at taxpayer money as a whole to pay off a total of over $8 million every year for illegal trash pick-up costs.

Drainage canals have become clogged with old furniture, car parts, and tires due to illegal dumping, and trash burning has created a safety and health hazard. 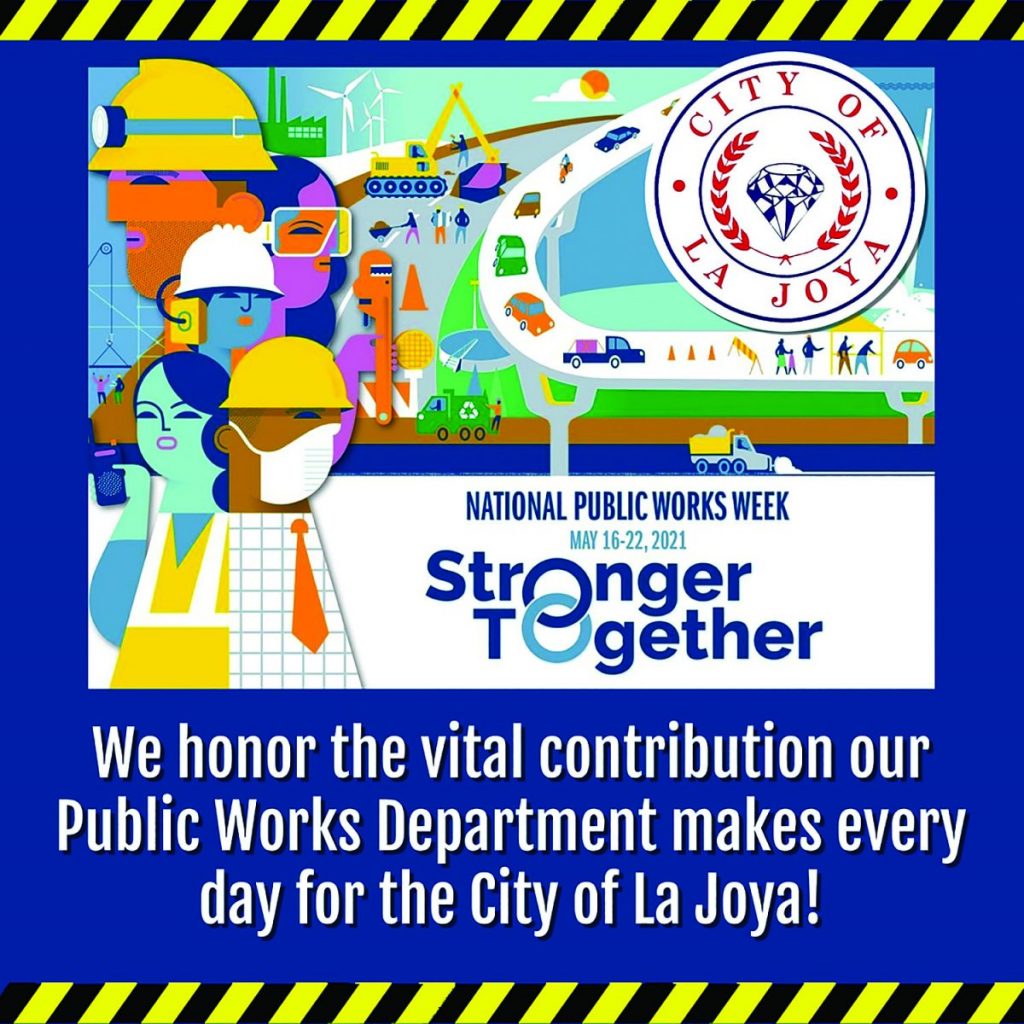 Precinct 3 is also working hard with the constable to put up a surveillance system to prevent illegal dumping and burning and aggressively enforce penalties.

“It is an issue we’ve been dealing with for a long time,” said Constable Larry Gallardo, who has been in the Valley for over 20 years. “We continue to enforce [the law]…and we have arrested people for illegal dumping.”

Penalties for illegal dumping can range from a Class C misdemeanor with a $25 fine to felonies with close to $10,000 fines.

Fire Chief Marshal Homero Garza then spoke on the two fires that occurred during the past few weeks, explaining that the fires were so severe that agencies from around the Valley had to come to aid.

A total of 7 agencies responded to the fire that burned Gomez’s home, which occurred on April 24: Alton, Mission, Edinburg, McAllen, Peñitas, La Joya, and Palmview, with the inclusion of the Precinct water tankers. 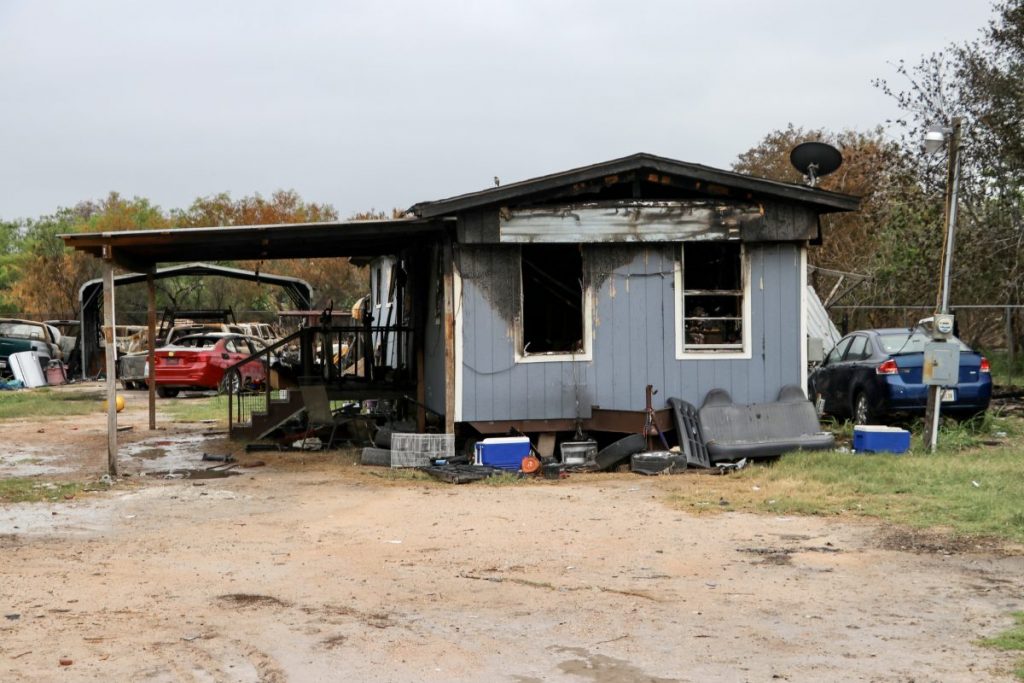 A second fire, which happened off of La Homa Rd. on May 9, dispatched five fire agencies from their hometowns. Homeowner Lauro Hernandez and his family were safe, but the fire left his home, car reparation business, and clientele vehicles in flames. The cause of the fire is still under investigation.

On March 23, 2021, the Hidalgo County Commissioners Board enacted a 90 day burn ban. The ban is on its 46th day as of the day of the press conference.

“We aren’t allowing burning through the permitting process at the time due to weather,” Garza said, saying that with the ongoing drought, grass fires can spread at a rapid pace with no stop.

Gomez and his family, who were without insurance, will need to pay an estimated $450,000 to repair their home due to damage.

“To recoup that…it’s going to be devastating,” said Garza.