The La Joya Independent School District may be forced to pay nearly $2.7 million to Ruth Villarreal Insurance for breaking a contract with the company.

State District Judge Librado “Keno” Vasquez signed an order Wednesday morning that set the damages at nearly $2.7 million. La Joya ISD, however, will not pay Ruth Villarreal Insurance anything unless the district loses a lawsuit against the company.

The litigation could last for years. Vasquez asked La Joya ISD and Ruth Villarreal Insurance to attend mediation, which could help them avoid huge legal bills.

“You could use that money for something else to benefit our community, instead of going back and forth racking up — no offense, attorneys — attorney’s fees,” Vasquez said, adding that taxpayers could be forced to pay La Joya ISD’s legal bills, Ruth Villarreal Insurance’s legal bills and damages if the district loses the lawsuit. “So, at the end, the loser here is going to be La Joya ISD.”

Villarreal was the “Broker of Record.”

In 2013, the school board terminated Villarreal and hired a different insurance agent. Villarreal filed a lawsuit, claiming La Joya ISD had breached the contract and fired her for political reasons. 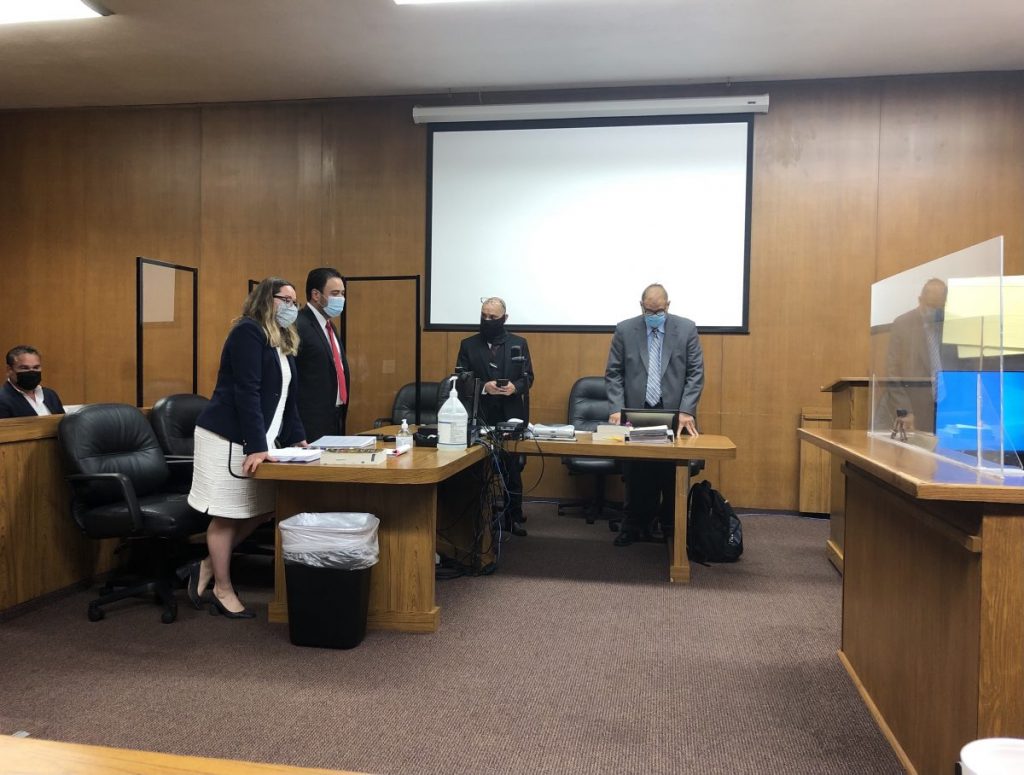 After four years of litigation, La Joya ISD settled the lawsuit in 2017.

La Joya ISD agreed to pay $300,000 to Villarreal and $1.5 million to her attorneys. Along with the payments, the settlement agreement included an unusual provision.

Villarreal agreed to forgo $3.3 million that she claimed in damages. In exchange, La Joya ISD approved an eight-year contract with her company.

“In consideration of the services, agreements, and settlement of prior litigation between the parties, in the event that the District terminates this agreement prior to its expiration on December 15, 2024, for any reason, the District shall pay liquidated damages to Agent in the amount of $68,375.00 per month, for each month remaining on the original term of this agreement at the time of termination,” according to the contract.

The dispute also had a political dimension.

That created a rift between Villarreal and members of the school board who supported Flores. La Joya ISD filed a lawsuit against Ruth Villarreal Insurance in February 2020, accusing the company of fraud.

“First of all, we have a breach of contract claim and a declaratory judgment claim saying that Ruth Villarreal Insurance agency did not have a license in order to do the services that she contracted for,” said attorney Audra Gonzalez Welter of Austin, who represents La Joya ISD. “And we did not find out about that until October of 2019.”

Gonzalez Welter said Villarreal couldn’t meet her obligations under the contract without a life and health insurance counselor license.

“And so, basically, since that point in time we would ask for restitution of the money the district has paid for those services that she’s been illegally providing,” Gonzalez Welter said.

“What’d they do once they fired Ms. Villarreal? They hired another insurance agent that doesn’t have that license either,” Peña said. “That has the exact same license as our client.”

After the lawsuit was filed, Villarreal’s husband defeated Flores and became the Precinct 3 commissioner-elect. Attention turned to the La Joya ISD school board election in November 2020.

“We WILL BE FIRE (sic) HIS WIFE ON SWEARING IN DAY!” Salinas wrote in a text message, according to screenshots filed in the lawsuit, which reference the November 2012 school board election. “GUARANTEED!”

La Joya ISD terminated Ruth Villarreal Insurance in December 2020, less than a month after the school board election.

“Obviously this is a, for lack of a better word, very political, contested issue,” Vasquez told attorneys for La Joya ISD and Ruth Villarreal Insurance. “I mean, you know that and I know that. It is what it is.”

To avoid the appearance of impropriety, Vasquez said he hadn’t attended events in western Hidalgo County — and had even skipped his son’s track meet, concerned he might see a member of the school board.

Attorneys for Ruth Villarreal Insurance had subpoenaed members of the school board for the hearing on Wednesday morning, but not a single trustee showed up. Vasquez said he wanted the trustees to attend.

“If they’re a part of the lawsuit, they must be here,” Vasquez said.

While the trustees were no-shows, an FBI agent and a law enforcement officer from the Texas Department of Insurance watched quietly from the gallery. After the hearing, Vasquez and the court reporter discussed how they could request a transcript.