The Mission Police Department received a strange call last month: Someone driving a city dump truck appeared to be drunk.

A police officer found the white Peterbilt dump truck in an alley near the intersection of Helen Avenue and Brock Street at 2 p.m. on Aug. 23.

“I approached the dump truck via driver’s side and observed through the window the driver was slumped over and asleep behind the steering wheel,” according to a probable cause statement written by the officer.

The driver — a Public Works employee named Jose Angel Santos Jr. — had passed out with his foot on the brake pedal. 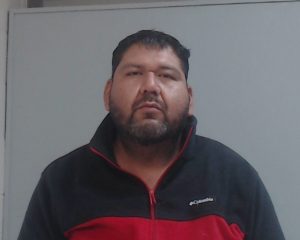 “As I climbed up the side steps, I smelled an odor of alcohol emitting from Mr. Santos’ breath,” according to the statement.

The officer asked Santos to turn off the engine and exit the dump truck.

When he searched the dump truck, the officer found two cans of beer. Both had been opened.

Santos failed a standard field sobriety test, according to the report. He also took a breath test, which showed a blood alcohol concentration of 0.26 — more than three times the legal limit.

Officers arrested Santos on the spot. He’s charged with driving while intoxicated, a Class A misdemeanor.

“The City of Mission does not discuss personnel matters,” according to a statement released by the city.