Performance Services Inc. sent a senior executive to the Mission City Council meeting on Monday to defend the company against claims that surfaced in a lawsuit.

The City Council approved a nearly $17.3 million contract with Performance Services Inc. to replace old water meters and install LED lights in city buildings. The company promised the projects would pay for themselves.

Former Mayor Norberto “Beto” Salinas, though, wasn’t convinced. He filed a lawsuit against the city, attempting to kill the contract.

“I’m hoping that you guys get enough information in order to decide that it’s not good to stay in the contract,” said attorney Rick Salinas of Mission, who represents his father. “And I’m willing to stake my reputation on it, that if you get independent counsel that’s got expert knowledge on this contract, they would agree with me.”

“I think they’re trying to make a legal issue where there’s no legal issue,” Martinez said in an interview. 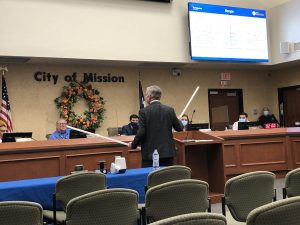 Jim Adams, the general manager for Performance Services Inc. in Texas, spent about 25 minutes explaining what, exactly, the company did and delivering a point-by-point rebuttal to concerns raised by Beto Salinas.

“Other cities all across the state are buying these water meters — these electronic water meters. It’s what folks want,” Adams said. “The same as: I wanted a smartphone instead of my old BlackBerry. There’s so many capabilities in the technology that we’re putting in for you.”

“The city was delivering about 13% more water than you were billing for before we got here,” Adams said. “So where was that water going? A big part of it was not being read by the water meters.”

Performance Services Inc. estimated the new, more accurate water meters would generate about $1.2 million in additional revenue, more than enough to pay for themselves. Contractors started installing the new water meters in July.

“And we should be through with the meter installation next July-ish,” Adams said.

The LED lights will pay for themselves too, according to Performance Services Inc., by reducing energy costs.

Performance Services Inc. and other companies that offer guaranteed energy savings projects allow cities to upgrade infrastructure, Adams said, in ways they might not be able to afford otherwise.

“It’s an alternate procurement method,” Adams said. “And part of that is because it’s not considered debt.” 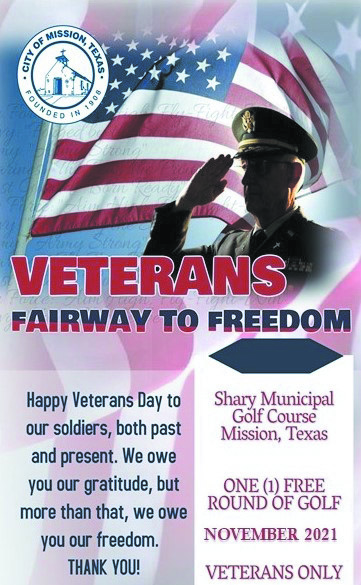 He brought Jeff Mashburn, a former project development engineer at Performance Services Inc., to provide the City Council with another perspective.

“You’re getting about 30 cents out of every dollar you save,” Mashburn said in an interview. “So the city is giving 70 cents of the taxpayer dollars away for every dollar saved.”

The City Council offered Rick Salinas the opportunity to speak during public comment but refused his request for equal time.

“That’s crazy,” Rick Salinas said. “Then let me pack my things and leave because this is an atrocity, what you’re doing here today.”

Questions about Performance Services Inc. aren’t limited to the lawsuit.

The subpoenas, which simply requested information, aren’t necessarily an indication that Performance Services Inc. did anything wrong. Nevertheless, they created problems for the company.

Adams said Performance Services Inc. had received a subpoena too.

The subpoena asked for “information on and copies of emails on everyone we’ve done business with in Hidalgo County,” Adams said in an interview.

“We didn’t do anything wrong, to the best of my knowledge,” Adams said, adding that if he became aware of wrongdoing, he would fire the person responsible immediately.