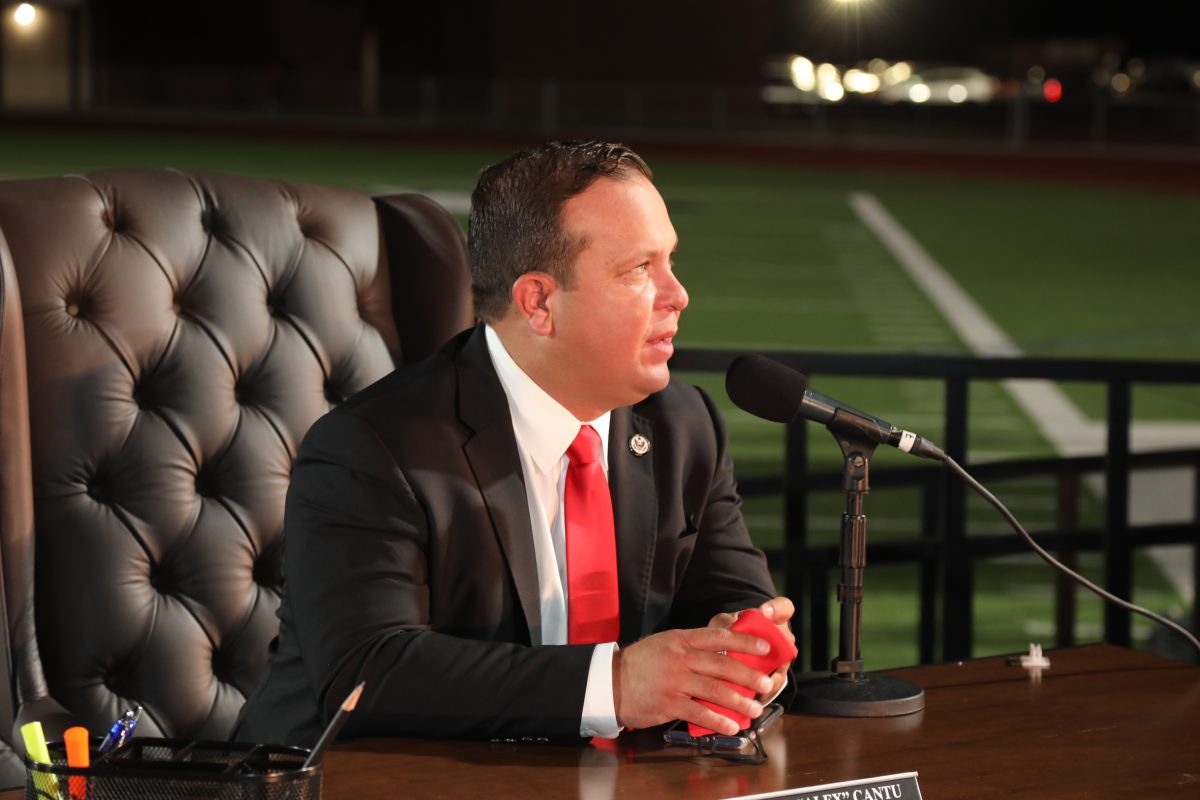 The agents — one from the FBI and one from the U.S. Department of Agriculture Office of Inspector General — met with Interim City Manager Leo Olivares on Oct. 28.

They had questions about Cantu, a member of the La Joya school board who became the associate municipal judge in July.

“I’m aware of the subpoenas that are going to almost every public entity in the area. Based on what I’ve read in the news, it seems the government is investigating all the elected officials in this area to see if they are being illegally influenced in a ‘You help me, I help you over there’ type of deal. I think it’s important for that type of corruption to be investigated. What they will find in my case is that I went from making a salary to donating my time at the city. I’ve always tried to help the community and any investigation will show that,” Cantu said. “That being said, I’m glad that the government is being so thorough and looking into everyone. The public needs to know what really happens in local government.”

The FBI didn’t respond to a request for comment.

Cantu said he typically held court at noon on Wednesdays and handled arraignments for the La Joya Police Department whenever officers needed assistance. La Joya paid him $1,200 per month.

In December 2019, when Mayor Isidro Casanova defeated Salinas at the polls, Cantu resigned.

“It has always been my desire to help people and I feel that I have been able to accomplish a lot of good while serving the people of La Joya as their Municipal Judge,” Cantu wrote in his resignation letter. “Unfortunately, due to recent political pressures and the likelihood that my position will be used as political leverage, I have chosen to step down. It is better to step away than to be part of what has been, sadly, far too common in local politics.”

In July 2021, though, Casanova and Cantu ended up supporting the same candidates during the City Council election.

Casanova nominated Cantu for the position of associate municipal judge.

“He had resigned for personal reasons,” Casanova said on July 29, when the City Council approved the nomination. “And now he wants to make a comeback.”

The agents showed up in the middle of a La Joya Economic Development Corp. board meeting on Oct. 28. They asked to meet with the city manager, but Olivares was in executive session with the EDC board.

The agents waited for about 30 minutes. After the meeting adjourned, they met with Olivares in his office.

They had questions about Cantu.

The Progress Times requested the documents under the Texas Public Information Act. La Joya released more than 50 pages of information on Monday.

The documents included checks from the city to Cantu, a copy of his resignation letter from December 2019 and an oath of office form Cantu signed in July, when he became the associate municipal judge.