“I made a mistake and I’ve learned my lesson,” said Duran, who appeared before Crane by videoconference from the Coastal Bend Detention Center in Robstown. “While I’ve been in here, I’ve had time to sit and reflect on the decisions that put me in this situation. And I’ve come to the conclusion that I’ve only hurt my loved ones and family — but, most of all, myself and my future. I’m ready to get on the right path and live life the right way.” 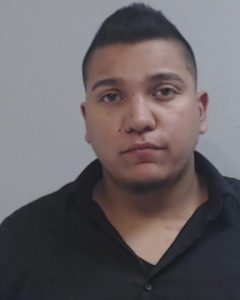 Duran and Castillo bribed Oberlin Cortez Peña Jr., a 22-year-old Border Patrol agent from La Joya, to allow people without legal status in the United States to pass through the Falfurrias checkpoint.

How long Peña accepted bribes from smugglers and how much he pocketed remains unclear.

Assistant U.S. Attorney Jongwoo “Daniel” Chung, who prosecuted the case, said agents found a ledger that showed payments, but he didn’t specify when the payments occurred or how much Peña received.

The bribery scheme fell apart in March 2021, when the Alamo Police Department arrested Peña on suspicion of driving while intoxicated. Border Patrol placed Peña on administrative duty, which took him away from the checkpoint.

Duran and Castillo needed to find another corrupt agent.

In June 2021, they contacted another Border Patrol agent, who is identified in court documents by the initials “M.O.”

Duran met with M.O. outside a Taco Bell restaurant in Pharr and handed over $2,000, according to the factual basis for his plea agreement. M.O. apparently reported what happened and the U.S. Department of Homeland Security Office of Inspector General set up a sting operation.

Duran and Castillo were arrested. Agents also “developed a cooperator involved in alien smuggling,” according to court documents.

The cooperator approached Peña about smuggling cocaine through the checkpoint, which resulted in additional charges.

The criminal complaint against Peña doesn’t identify the cooperator by name. Prosecutors, however, filed sealed motions in the cases against Duran and Castillo.

“You obviously have made some good decisions that are going to help you here,” Crane told Duran on Thursday.

Attorney Sergio J. Sanchez of Edinburg, who represented Castillo, asked the court to consider sentencing his client to probation.

“I know I’ve made a terrible mistake, a mistake which I’ve learned a lot from. And learned to appreciate a lot of things, especially my family,” Castillo said. “I truly believe in second chances to mature and make things right.”

After his arrest, Castillo said he started driving a truck to support his family. 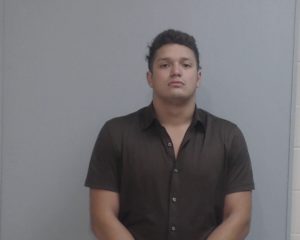 “Just give me a second chance so I can continue working and make things right for me and my family and my two little kids,” Castillo said.

Crane sentenced Duran and Castillo to 36 months in prison followed by three years on supervised release.

Duran, who had four previous drug convictions, may participate in a drug treatment program in prison.

“When you do, if you’ll take it seriously and complete it, it will take up to a year off of your sentence. So, again, I highly recommend you do that,” Crane said. “And, obviously, it will benefit you when you get out — and put that drug problem behind you.”

Crane made the same recommendation for Castillo.

“Mr. Castillo, that will take a year off of your sentence and convert the last six months to a halfway house setting,” Crane said. “So it really, for your case, it will basically cut your sentence in half. So I hope you’ll take advantage of that.”