​The Friday night lights were shining bright at Tom Landry Stadium once again for the first time in over a year as the Mission Eagles hosted the McAllen High Bulldogs in Week 2 of Valley high school football. That’s because the repairs project on the stadium’s home side stands finally reached the point of “substantial completion” last week. That cleared the way for the full reopening of the stadium for the Bulldogs/Eagles game. 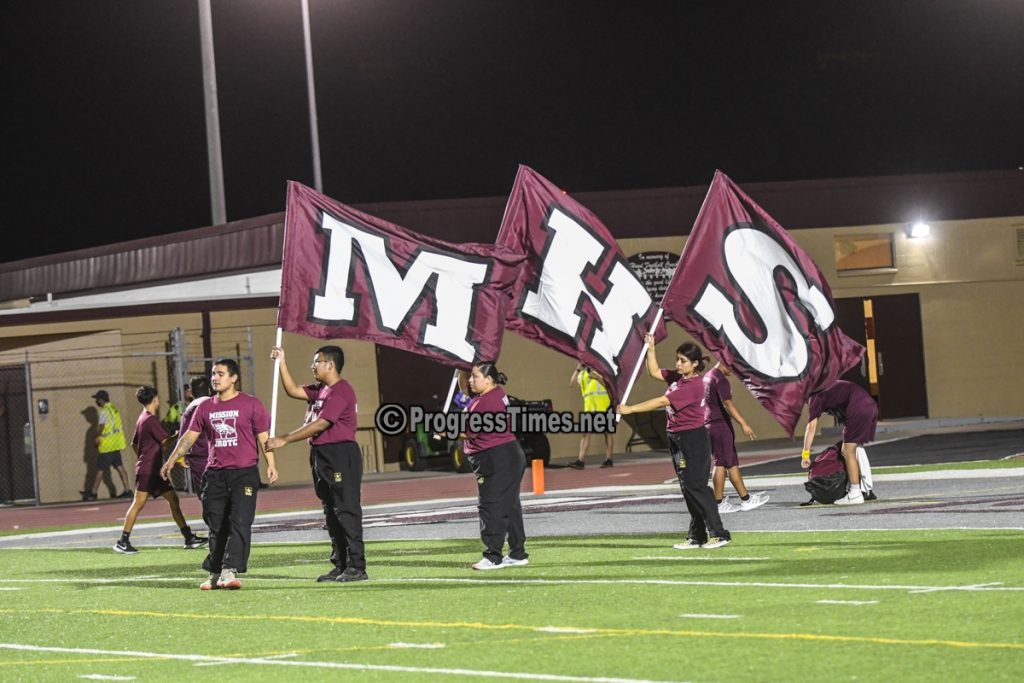 While it’s unfortunate that the reopening could not have happened in time for Mission Veterans Patriots/Eagles game, the so-called Mission CISD Football Showcase, a week earlier, but as Mission Superintendent of Schools, Dr. Carol G. Perez, shared during Friday night’s game, safety came first.

“This is a very exciting time for us and I know that the community, our students, the performers and the athletes are very, very excited to be back home.” Perez said. “However we wanted to make sure that we did not open it (Tom Landry Stadium) prematurely. Those renovations and those things that needed to be taken care of, it was worth the time because of the fact that safety is the priority. We cannot take shortcuts when it comes to the safety of our children, of our staff and of our community, so while we know that it was unsettling to not have the games last school year, and even our very first game this year, however we had to make the decision to make sure that we did not rush the contractors and that at the same time, we got quality of workmanship done at our stadium.” 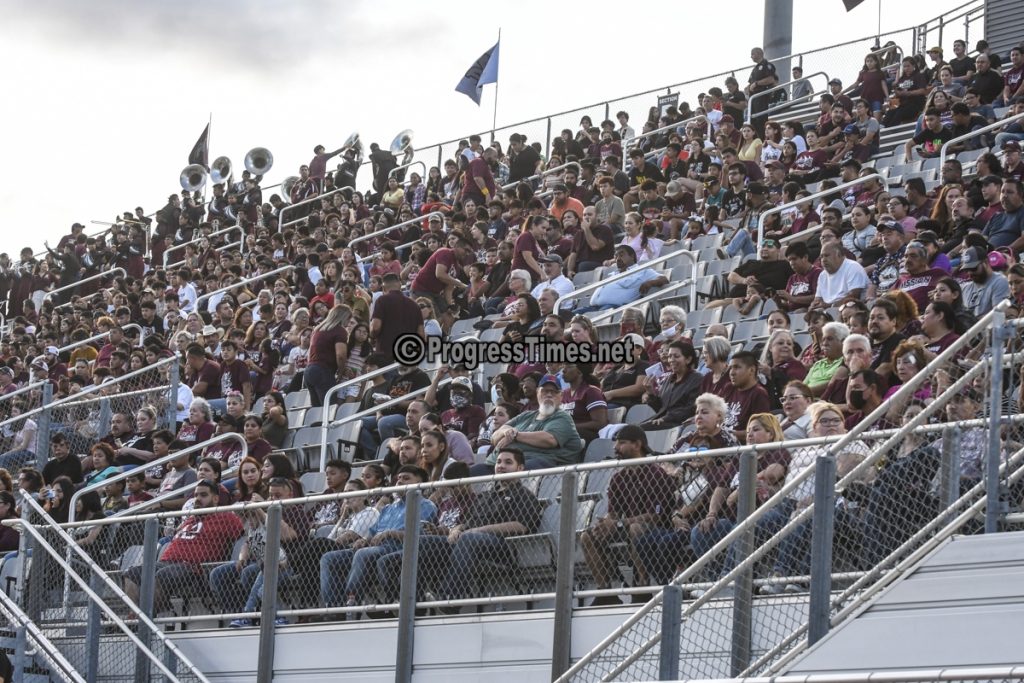 With the final score of the game being 26-7 in favor of the Bulldogs, the on-the-field action did not exactly go the Eagles’ way. However, that did not seem to dampen the spirits of the students, the administrators and the fans in attendance, several of whom took the time to share what the reopening of Tom Landry Stadium meant to them.

“I think that the city of Mission and Mission High School have such a rich tradition of high school football,” Mejia said. “As you know, Tom Landry Stadium is a big icon here for Mission, and with this being my first year (as principal), being able to kick-off the first home game here for Mission, it’s an amazing feeling. It’s good to see grandparents, parents, aunts, uncles, brothers and sisters here tonight. It’s a special event and Mighty Mission Eagles football is a big thing. And everybody in the community is excited to be here.” 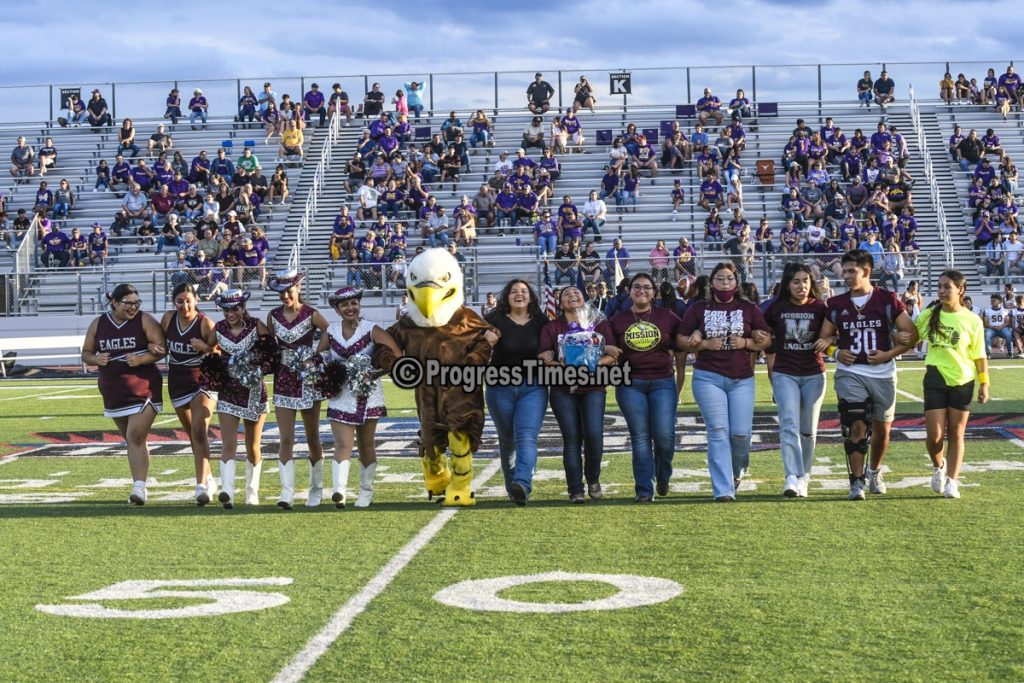 The Mission High School High Flyers are always a big part of the halftime shows of Eagles games. Their performances are always a crowd favorite and Friday night’s performance was no exception. Afterwards, senior High Flyer Perla Valdez shared what performing at Tom Landry Stadium again meant to her.

“It was very exciting because I never thought we’d be back, at least in my years in high school,” Valdez said. “It was very meaningful for me to come back and dance in my stadium and my home. I love the Eagles and I found it very exciting that everyone at school came here, not only to support us, but also the football team, the band and everyone. The whole community gathered as one big family and that is beautiful to see.”

Mission CISD School Board of Trustees member Petra B. Ramirez was just one of several board members cheering the Eagles on Friday night. Like most of the other Eagles fans in attendance, she saw Friday night’s game as a coming home. 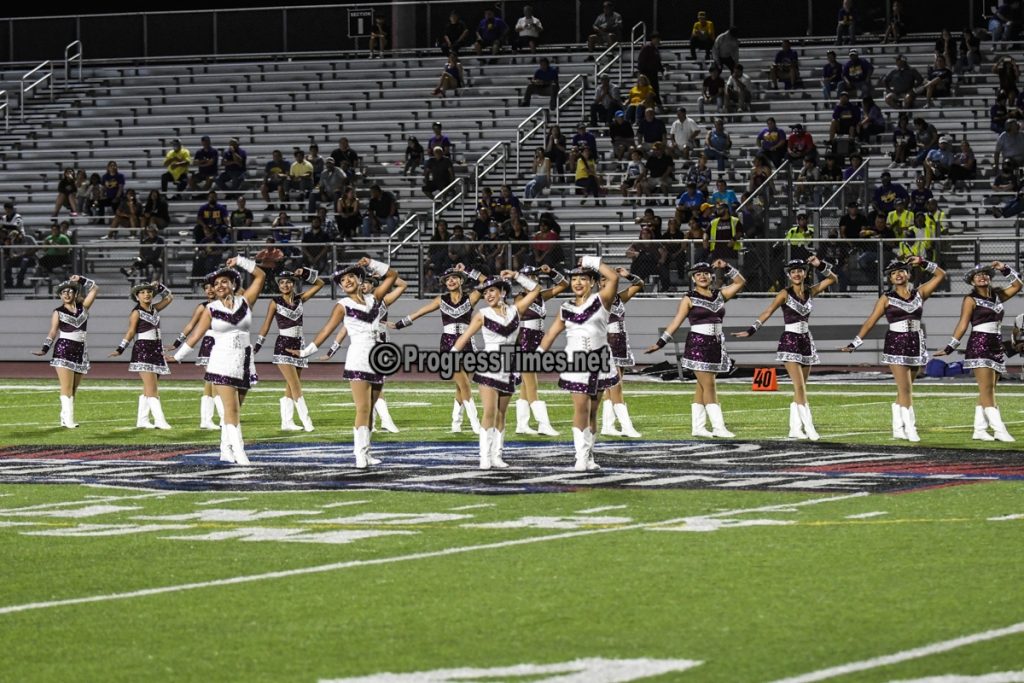 “It’s a very exciting night for Mission CISD, on the reopening of our Tom Landry stadium after two years,” Ramirez said. “It’s great to hear the sounds of the band playing, the cheerleaders cheering, the drill team dancing, the football team on the field. But most important Mission CISD is back home. Boy, we missed being here on our home turf!”

While the home side stands at Tom Landry Stadium were not full Friday night, they were not far from it. Mission High School Class of 1965 graduate Crispin Avila was among those in attendance. Avila is not just a life-long Mission resident and an Eagles’ season ticket holder since he returned from the U.S. Navy, he is also a former Mission Eagles football player and a grandparent of one of the current players, Christopher Avila #54.

Wearing a Mission Eagles shirt and a Vietnam Veteran cowboy hat, Avila caught this sports writer’s eye as he cheered the Eagles on from his wheelchair. That was also where I asked him what the re-opening of Tom Landry Stadium meant to him. 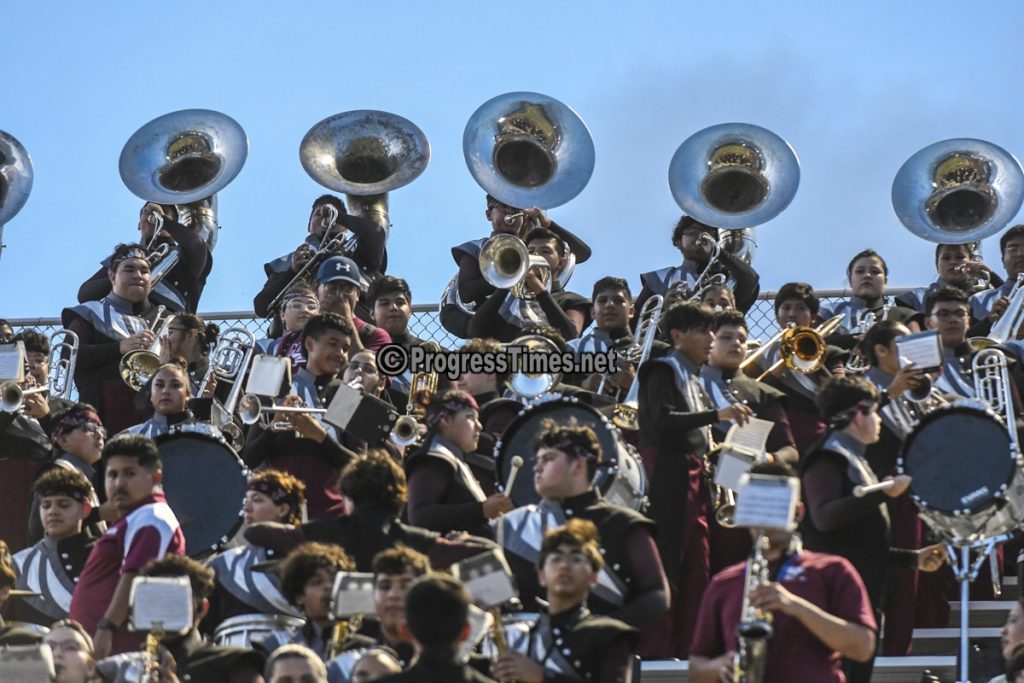 “It (the re-opening) means a lot to me,” Avila said. “It keeps me alive. And I like to see these kids grow and do what they’re supposed to do, follow their dreams. Also, being here brings back a lot of memories. It makes my heart pump up. It feels great. It’s a blessing. I plan on coming to Eagles games as long as I live, God willing.”

Last but not least, second year Eagles’ head coach Danny Longoria shared what it felt like to coach his first game as head coach at Tom Landry Stadium.

“It started off as a great day,” Longoria said. “It was a great environment and it had a great vibe. You know I really appreciate the community coming together. The administration put in a lot of work to make this place look wonderful. I enjoyed having the student body and the community coming out to support us. It was amazing to be back at Tom Landry, I really loved it and enjoyed it. Unfortunately, the game didn’t go our way.” 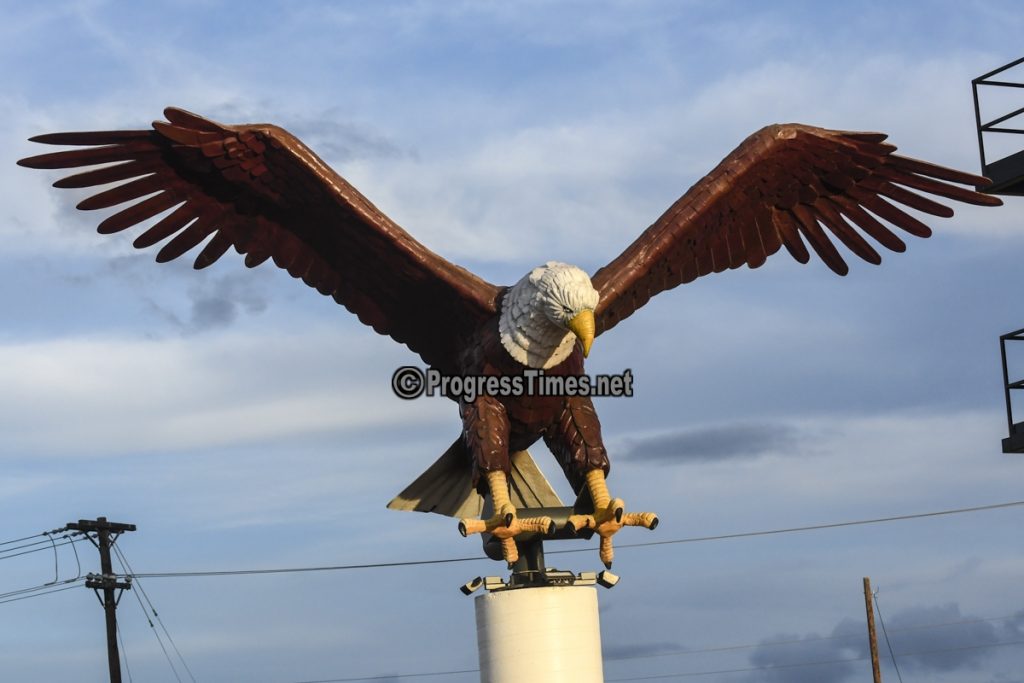 “Our seniors (last year) didn’t get the luxury to play here,” Longoria added. ‘It was very difficult for those guys and they still talk about it. I think our guys need to get inspired by the memory of that. That playing here means a lot more to people than what they think, because that last class didn’t get to play here.”