U.S. District Judge Micaela Alvarez, however, prevented Garcia from asking questions about something Roncska apparently said during the investigation.

“And it’s not a question of if it happened,” Garcia said. “It did.” 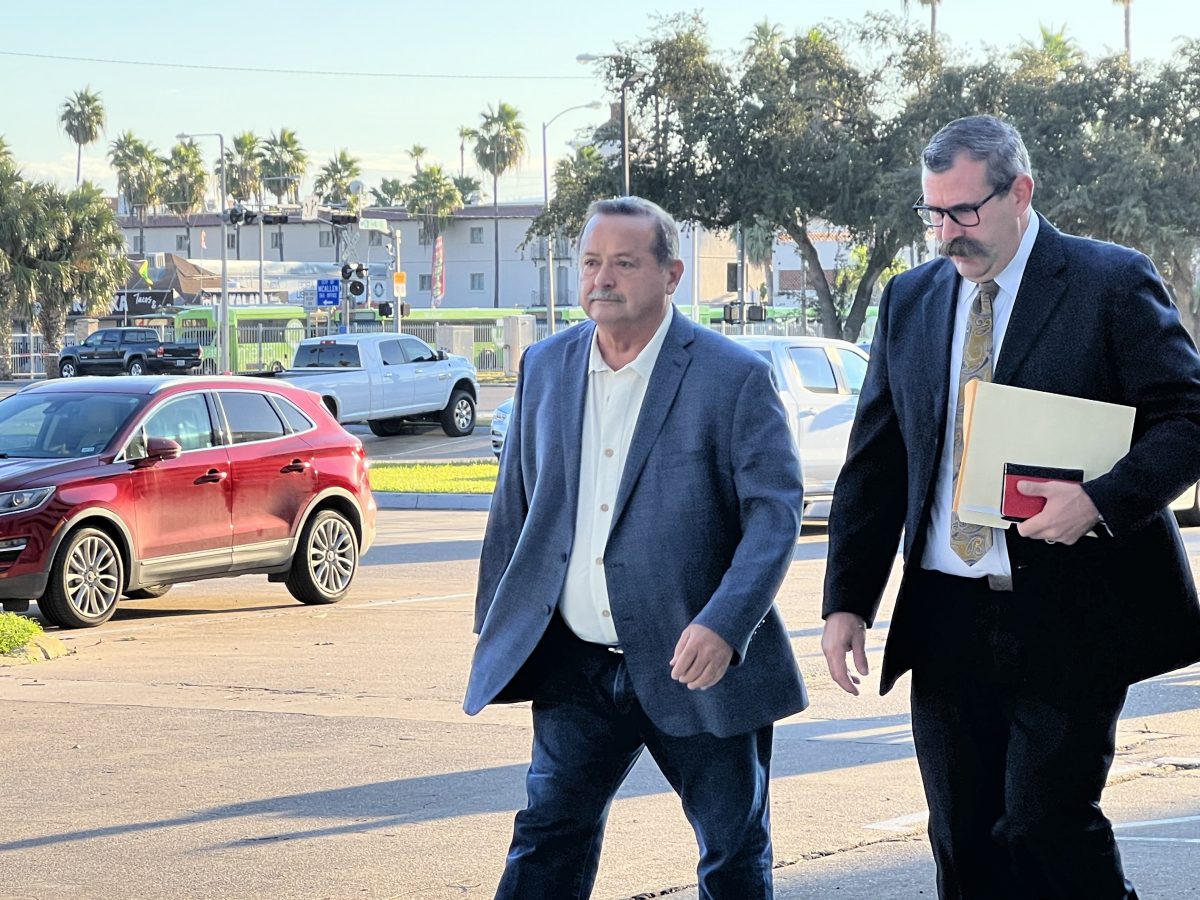 At the time, Malkiewicz had worked for the FBI for less than two years. The investigation, which prosecutors call “Tarnished Water,” was his first major case.

Roncska, who assisted Malkiewicz with the investigation, had more than 10 years of experience in law enforcement. He’d worked on everything from local drug cases in Tennessee to the federal bribery case against former state District Judge Rodolfo “Rudy” Delgado of Edinburg.

They knocked on John Cuellar’s door after lunch, but nobody responded, according to Malkiewicz. When they were about to leave, John Cuellar finally appeared.

In his questions, Garcia suggested that John Cuellar had been sleeping.

John Cuellar agreed to speak with the agents. In the middle of the interview, though, someone else showed up.

Who interrupted the interview remains unclear. Neither the prosecutors nor Garcia identified the person by name.

John Cuellar stepped away. When he left the room, Roncska suggested they “pound his ass,” Garcia said.

An audio recording captured the comment, which isn’t part of the interview transcript, Garcia said.

In his questions, Garcia suggested the comment showed the FBI had an agenda.

“You’ve already made up your mind when you got there,” Garcia said on Monday, when Malkiewicz took the witness stand. “They’re guilty of something.”

Garcia played the recording for Malkiewicz, but Malkiewicz said he couldn’t hear the comment.

A grand jury indicted John Cuellar in 2019. He struck a deal with prosecutors and pleaded guilty.

As part of his plea, John Cuellar confessed to accepting bribes from his cousin, A.C. Cuellar. Throughout the trial, Garcia suggested that John Cuellar and another member of the City Commission only confessed because the government pressured them.

“The government continued to press them until they broke,” Garcia said on Oct. 11, when he made an opening statement.

As part of that argument, Garcia wanted to question Roncska about the “pound his ass” comment.

Garcia strenuously disagreed. During the heated debate that followed, Alvarez repeatedly warned Garcia not to interrupt her.

The Sixth Amendment protects A.C. Cuellar’s right to confront the witnesses against him. Preventing him from questioning Roncska about the statement is not only unfair, Garcia said, but would deny A.C. Cuellar that right.

“My ruling is that you may not call him for purposes of eliciting that statement,” Alvarez said.

“My ruling is final,” Alvarez said. “There is no mistrial.”