A man who suffers from a mental disorder was sentenced to 20 years in prison Monday for kidnapping and sexually assaulting a 13-year-old McAllen girl.

“This is a very serious offense,” Alvarez said. “That I think warrants that harsh punishment here.”

The McAllen Police Department, which investigated the case, assigned the girl a pseudonym, “Anna,” to protect her privacy. 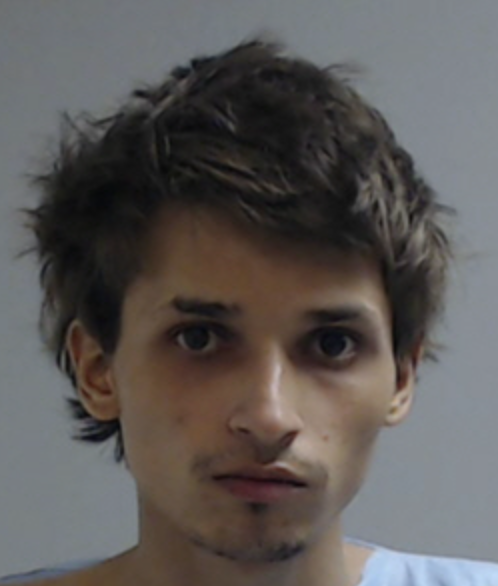 “Anna stated that upon accepting Brandon’s friend request Brandon immediately asked her if she wanted to be his girlfriend,” according to McAllen Municipal Court records, which summarize the investigation. “Anna stated she informed Brandon she was 13 years old.”

During an interview with investigators, Anna said Galvez claimed he was 17 years old. Galvez, though, was actually 21.

Anna agreed to run away with Galvez, according to court records, and left behind a handwritten note for her family.

On June 21, less than 10 days after they started talking, Galvez convinced a friend to drive him from Louisiana to McAllen, where they picked up Anna. Galvez sexually assaulted Anna in the back seat of the car.

Galvez suffers from a “mental disorder,” according to a motion filed by his attorney, Lee “Kenny” Perez of Brownsville, in December 2020. The U.S. Social Security Administration started providing Galvez with disability benefits when he was 8 years old.

The motion didn’t identify the mental disorder by name or provide any details about the condition. Perez said he didn’t think Galvez had received a more specific diagnosis.

“At the present time, Brandon Galvez is unable to understand the nature and consequences of the proceedings against him,” according to the motion, “and is not assisting properly in his defense.”

A psychologist who evaluated Galvez said the results of a court-ordered competency examination were inconclusive. As a result, Alvarez had to make the decision herself.

Galvez may not be on the “high end” of the intelligence range, Alvarez said in September 2021, when the court held a competency hearing, but he didn’t suffer from a mental disease or defect that made him incompetent to stand trial.

Galvez returned to court Monday for sentencing wearing a white t-shirt and a blue surgical mask.

In a voice barely audible from the gallery, Galvez apologized. He made no other statements during the brief hearing.

Perez, the attorney who represented Galvez, asked the court to consider a downward departure. Alvarez reminded Perez about the mandatory minimum.

Assistant U.S. Attorney Michael L. Mitchell, who prosecuted the case, requested a sentence between 240 and 262 months.

“This is a very serious crime,” Mitchell said, adding that the government believed the mandatory minimum was appropriate.

Mitchell said the girl and her family decided not to attend the hearing or ask for restitution because they didn’t want to be anywhere near Galvez.

While he accepted responsibility in court, Galvez and his mother also wrote letters to Alvarez.

In her letter, Galvez’s mother indicated that her son, not the 13-year-old girl, was the victim, Alvarez said, and suggested that he should receive a lenient sentence.

Galvez, however, misrepresented his age, Alvarez said, which shows he intended to deceive her.

“And that causes the court a lot of concern,” Alvarez said.

Alvarez sentenced Galvez to 20 years in prison followed by five years of supervised release. Galvez is also required to register as a sex offender, avoid contact with the girl and stay away from any children other than his own.

Galvez’s parents are good people, Perez said, and he comes from a great home.

“It’s just unfortunate he did what he did,” Perez said.