A judge dismissed a smuggling case Wednesday after prosecutors apparently concluded they had charged the wrong person.

“They got the wrong guy,” said attorney Rick Salinas of Mission, who represented Luna.

Assistant U.S. Attorney Robert Guerra filed a motion to dismiss the case on Tuesday “in the interest of justice.”

The U.S. Attorney’s Office for the Southern District of Texas declined to comment on the decision to dismiss the case.

Salinas, however, said Luna insisted that he was innocent. The government re-examined the evidence and decided to drop the case.

“I want to applaud the AUSA handling this,” Salinas said. “Because they did the right thing.”

The investigation started in April, when Border Patrol agents caught Luna’s brother, Jose, smuggling migrants through the Cavazos campground, which is located south of Mission on the Rio Grande.

A caravan of cars, including a white GMC Sierra towing a speedboat, arrived at the campground on April 24. 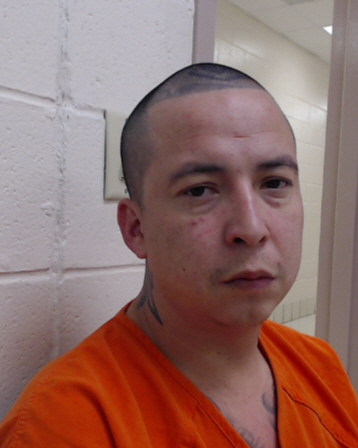 “Agents continued observations of the area and noticed the speed boat was on the water and navigating up and down river,” according to the criminal complaint filed in the case. “A drone operator later observed several subjects behaving suspiciously before exiting the speed boat” when it returned to the campground.

They left the campground in a white Dodge Ram accompanied by a red Chevrolet Silverado. A state trooper stopped the Dodge Ram for speeding.

The driver, a woman from Mexico, said that she crossed the Rio Grande in a red boat.

After they reached the campground, the woman and five other migrants jumped into the white truck, according to the criminal complaint. A smuggler told her to follow the red truck.

Agents showed photo line-ups to the migrants. They identified Luna and his brother as the smugglers.

Luna had two prior convictions for smuggling migrants. Both cases involved the Cavazos campground.

U.S. Magistrate Judge J. Scott Hacker ordered Luna detained without bond, concerned that “no condition or combination of conditions of release will reasonably assure the safety of any other person and the community.” Among other reasons for the decision, the order cited Luna’s criminal record and history of violent behavior.

His brother pleaded guilty to conspiracy to transport aliens within the United States. Luna, though, pleaded not guilty.

“He’s accepted responsibility for a lot of things that he’s done,” Salinas said. “But not this.”

The case against Luna shows the government is actually concerned with justice, Salinas said, adding that prosecutors don’t want to send innocent people to prison.

“They did the right thing,” Salinas said.