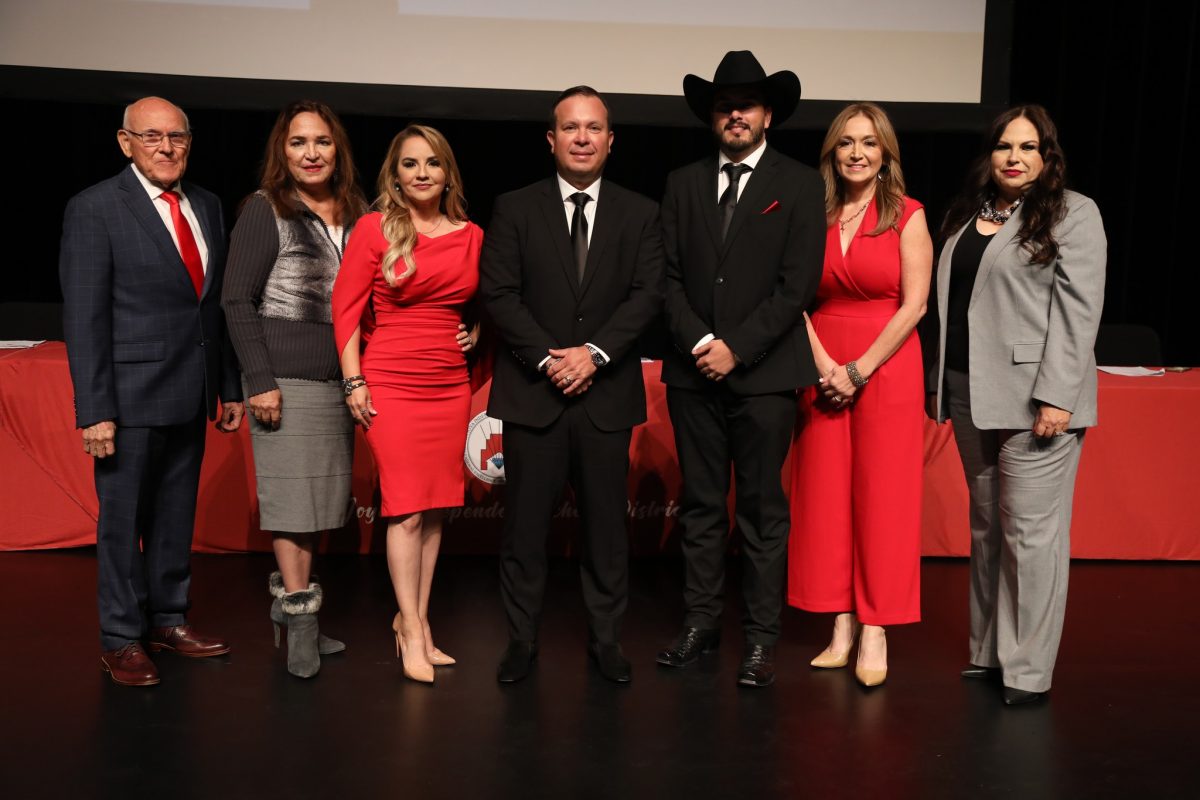 “I’m here today to tell you all: Our community is stronger than our past,” Uresti said, alluding to a public corruption scandal that resulted in the resignation of two school board trustees and revealed that administrators participated in a bribery scheme. “And this is the first day where we’re going to prove that to all of our community.”

Solis and Uresti campaigned together as part of team “My 5 for La Joya ISD,” which faced off against a rival slate and several independent candidates during the November election.

The “My 5” candidates won three of the five seats on the ballot, which may allow them to form a new majority on the school board.

La Joya ISD held a swearing-in ceremony for Solis, Uresti and three other trustees after the board canvassed the election results: 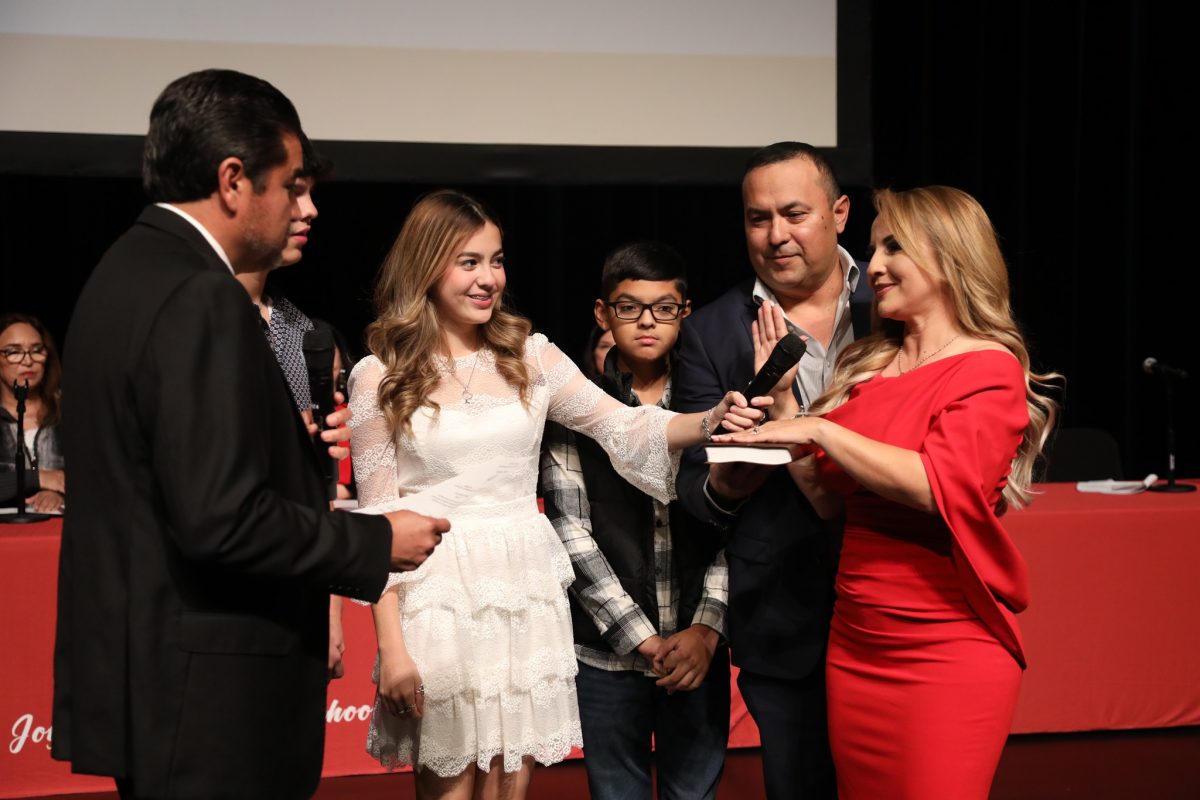 Nearly 57.5% of the 12,126 voters who cast ballots for Place 1 supported Nereyda Cantu, according to official results canvassed by the school board.

Another 29.3% supported businessman Homer Tijerina, who serves on the Agua SUD board. And the remaining 13.2% supported Monica Jean Alaniz-McGinnis, the assistant dean for assessment, evaluation and quality improvement at the UTRGV School of Medicine.

Esmeralda Solis, a businesswoman who served on the Agua SUD board, defeated Trustee Espie Ochoa, who represented Place 2.

“I’m the youngest of 11 children. And we are all proud graduates of La Joya ISD. So the love and the honor and the pride that I have for this district is enormous,” Solis said. “So when the opportunity came up for me to represent the community and represent this district, I was very honored to do that.”

Solis won 53% of 12,134 ballots cast for Place 2, according to official results canvassed by the school board. Ochoa won nearly 47%.

“I know that the district’s in good hands because of the new trustees that will be up here,” Ochoa said. “I know that our district will go forward.”

“I want to let you all know that I am very grateful for everyone that was there for me,” Hernandez said, adding that she was especially humbled that her family supported her throughout the election. “I thank them. I thank the community for believing in me.”

The race for Place 5 pitted Roberto Zamora, a former La Joya ISD superintendent who joined the school board in June, against Irma Villarreal-Veloz, a local speech pathologist.

Zamora joined the board after Trustee Armin Garza, who represented Place 5 from November 2016 to January 2022, pleaded guilty in a public corruption case. 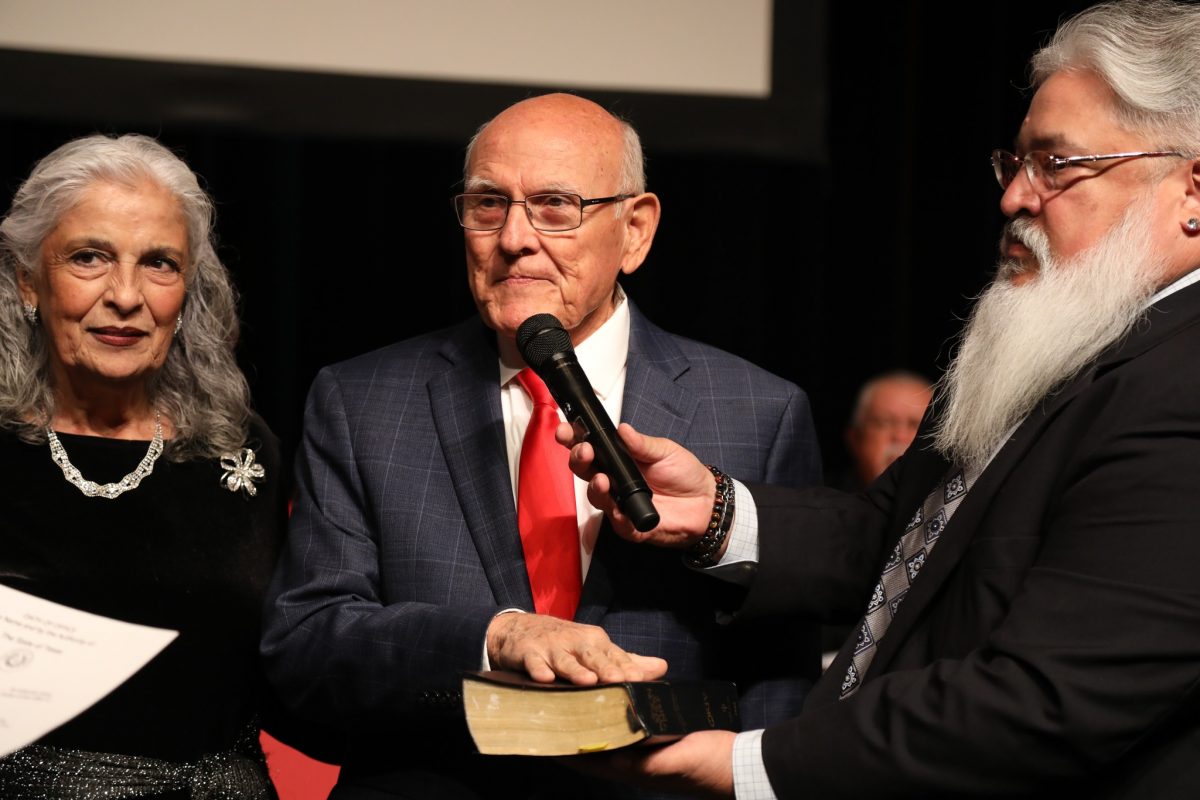 Trustee Roberto Zamora, center, took the oath of office on Nov. 17, 2022, surrounded by members of his family. (Photo courtesy of La Joya ISD.)

When the polls closed, just 62 ballots separated Zamora and Villarreal-Veloz.

Zamora received 6,067 votes, according to official results canvassed by the school board. Villarreal-Veloz received 6,005.

“From the very beginning, we said: We want to be positive about the things we do, we want to stick to the issues and we just want to make sure that we do what is right,” Zamora said. “I think we did that well.”

The margin of victory represented about half a percent of the 12,072 ballots cast for Place 5.

Zamora will serve the remainder of Garza’s term, which ends in November 2024.

Trustee Juan Jose “J.J.” Luna, who joined the school board in September, decided not to run for a full term.

Luna was asked to join the board after Trustee Oscar “Coach” Salinas, who represented Place 6 from November 2012 to March 2022, pleaded guilty in a public corruption case.

“To the newly elected board members, I wish you all the best. And remember: Number one is our community, our students, our staff. Don’t forget that,” Luna said. “And the community — make sure that we hold our school board members accountable.”

Uresti will serve the remainder of Salinas’ term, which ends in November 2024.

After the swearing-in ceremony, the school board selected new officers. 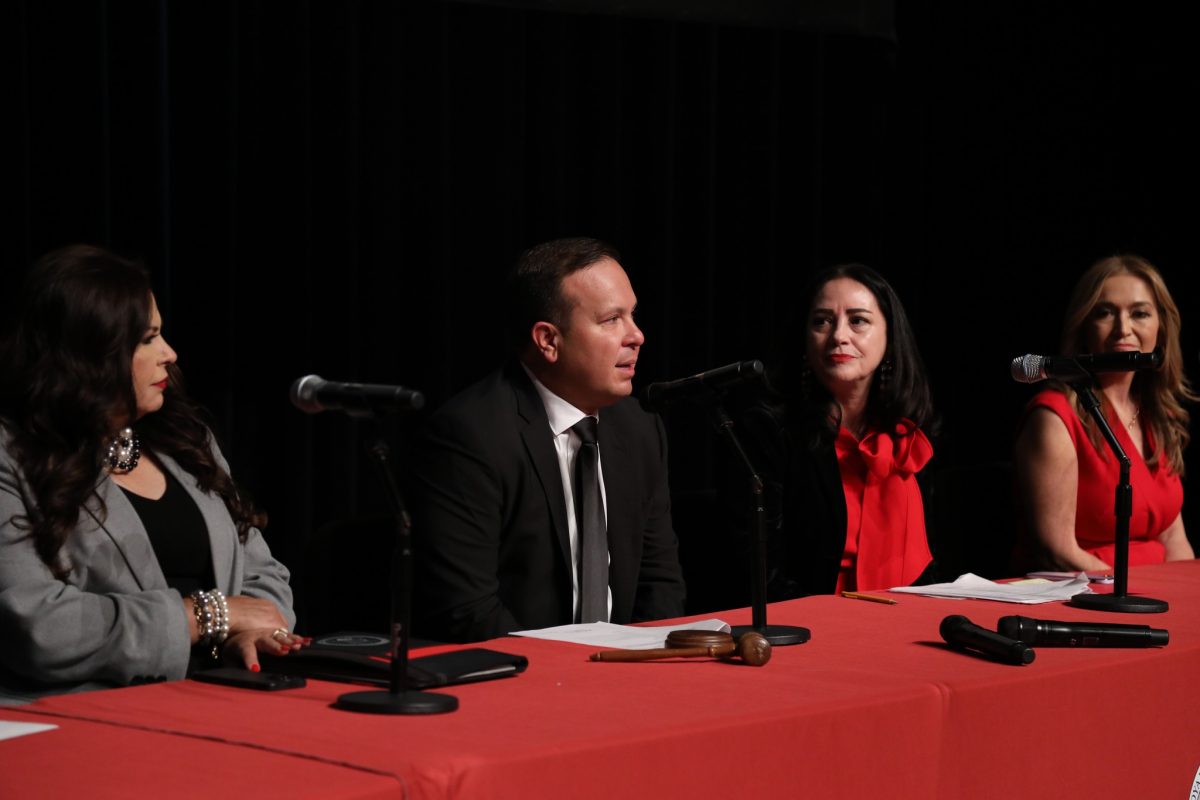