A judge sentenced a Starr County drug smuggler to time served Monday after he cooperated with federal prosecutors.

Jaime Garza Jr., 47, of Rio Grande City worked for “the Mexican cartel” in Camargo, according to the criminal complaint against him. Garza started cooperating with prosecutors in 2018, when Border Patrol agents caught him with nearly 200 pounds of marijuana.

The case against Garza is part of a federal investigation that methodically dismantled a major drug trafficking organization in Starr County. 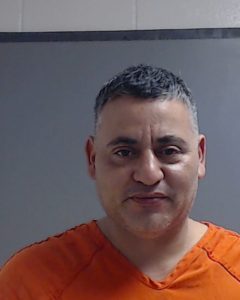 Border Patrol arrested Garza in December 2018, when he attempted to drive through the Falfurrias Checkpoint with nearly 200 pounds of marijuana.

Agents with Homeland Security Investigations, a division of U.S. Immigration and Customs Enforcement, interviewed Garza after his arrest.

“GARZA admitted he had been smuggling and selling large quantities of marijuana to various people and organizations for many years,” according to the criminal complaint against him. “One of his primary customers was a businessman from Rio Grande City hereinafter referred to as Unindicted Co-Conspirator 1.”

“GARZA estimates he has been delivering 400-500 lbs. of marijuana per week to Unindicted Co-Conspirator 1 for the last three (3) years,” according to the criminal complaint.

After his arrest, Garza spent more than two years in jail. In October 2021, he asked Rainey to release him on bond.

“He has done everything honorably,” Assistant U.S. Attorney Patricia Hubert Booth said during the bond hearing. “And I trust him to be out during this period.”

Garza kept his word and returned to court Monday for sentencing.

Federal Public Defender John L. Gill, who represented Garza, asked the judge to clear the courtroom and seal the record. Rainey agreed to seal part of the hearing that addressed Garza’s cooperation with the government, but he declined to seal any other part of the proceedings.

“Mr. Garza had the misfortune to be born into a family of criminals,” Gill said.

When he was just 14 years old, a family member offered Garza cocaine, Gill said. He was hooked.

“Everything he did was to feed his addiction,” Gill said.

In jail, Garza quit cocaine and started to study the Bible. Gill showed the judge certificates Garza had received for Bible study courses.

“I am impressed by your studies,” Rainey said, adding that he reviewed the certificates. “I commend you for that.”

“Have you learned your lesson?” Rainey asked. 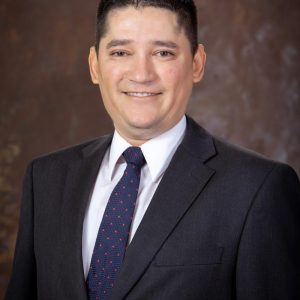